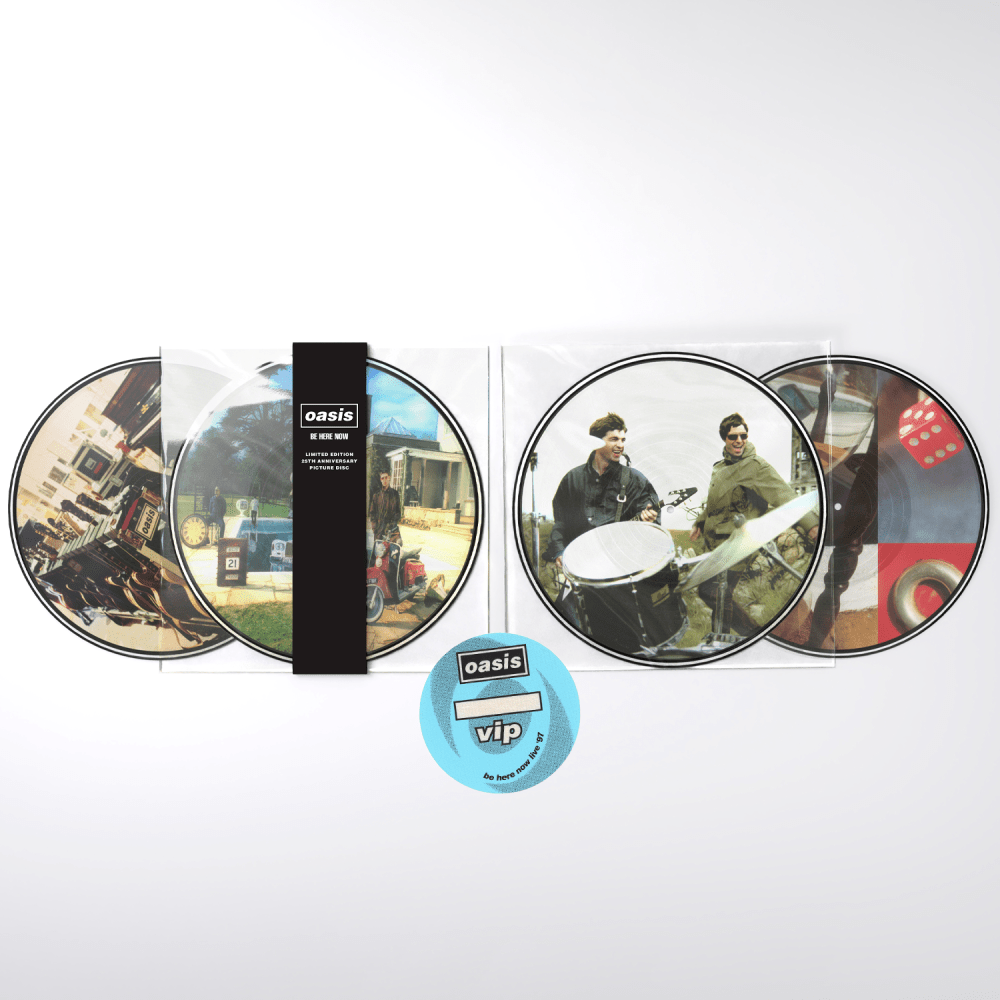 This limited edition album format which celebrates the silver anniversary of Oasis’ historic third album ‘Be Here Now’, originally released on 21st August 1997. Originally mastered by Mike Marsh at The Exchange; the album was then remastered in 2016 by Ian Cooper at Metropolis Studios.

‘Be Here Now’ was produced by Owen Morris and Noel Gallagher and recorded at Abbey Road, Ridge Farm, Air, Master Rock and Orinoco Studios between November 1996 and April 1997.

As well as ‘D’You Know What I Mean?’, the band’s 3rd No. 1 single, the album features the ambitious 9-minute ‘All Around The World’ plus evergreen classic ‘Stand By Me’. The epic elements of ‘Be Here Now’ are contrasted by the heartfelt introspection of ‘Don’t Go Away’ and the surreal psychedelia of ‘Magic Pie’.

‘Be Here Now’ stands as a unique album in the Oasis catalogue with its unrepentant excess and supersize swagger. 25 years on, it enjoys legendary status as the sound of a generation-defining band at their absolute peak.