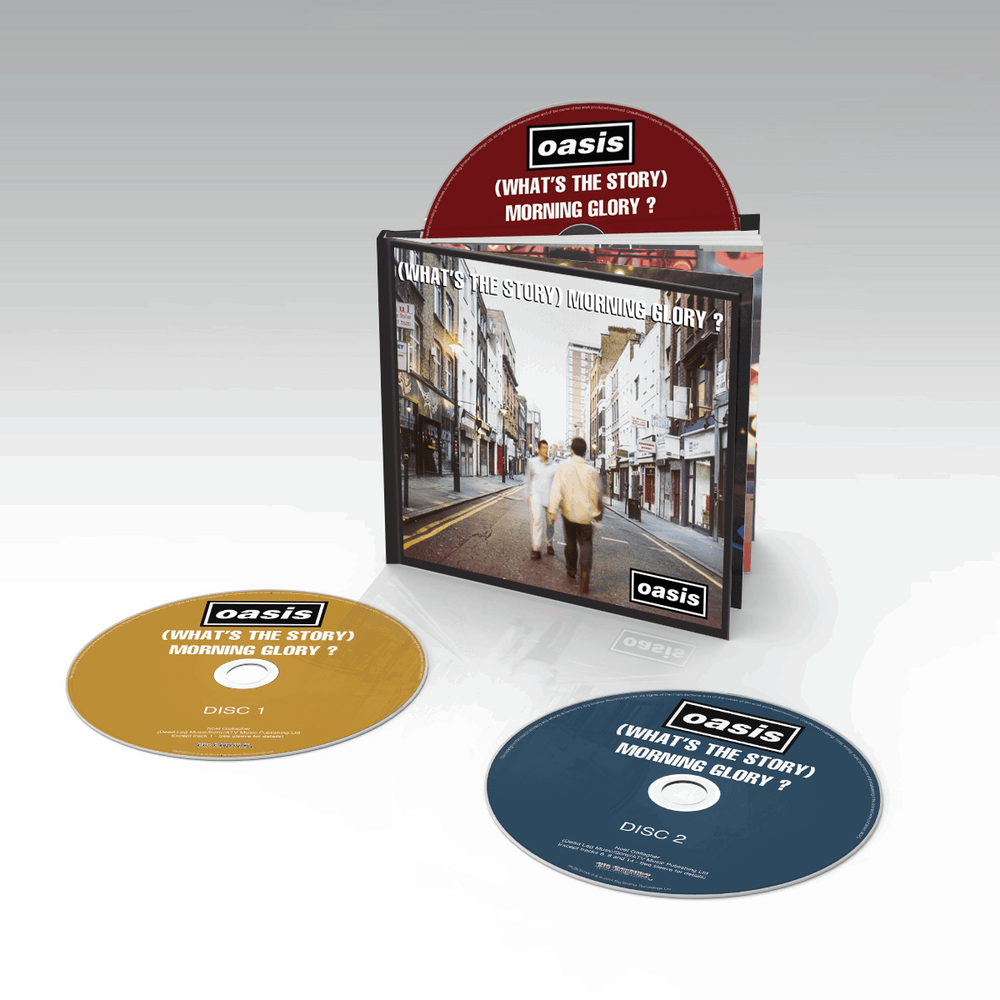 Alongside the remastered album, the Special Edition includes two CD's of all the B-sides plus rare and unreleased Oasis tracks from the Morning Glory era.

• Previously unheard demos of She’s Electric and Rockin’ Chair recorded at Mark Coyle’s Manchester studio. Demos of Some Might Say, Hey Now, and Bonehead's Bank Holiday recorded by Mark Coyle for the first time at the band’s soundcheck, Club Quattro in Tokyo in September 1994

• All of the Morning Glory singles and acclaimed B-sides including Talk Tonight, Acquiesce, The Masterplan, and Underneath The Sky.