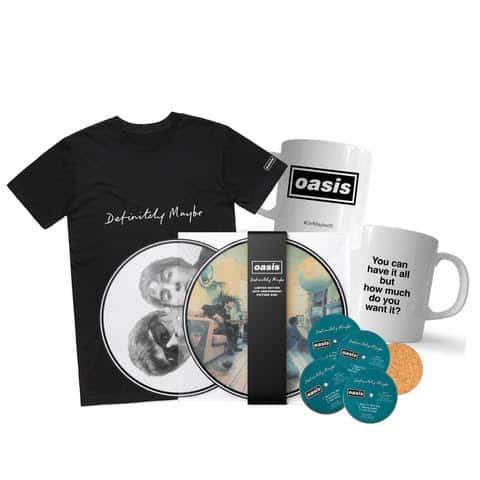 This exclusive limited edition vinyl picture disc is now available to purchase with the Definitely Maybe logo T-shirt in Black, your choice of lyric mug and album coaster set.