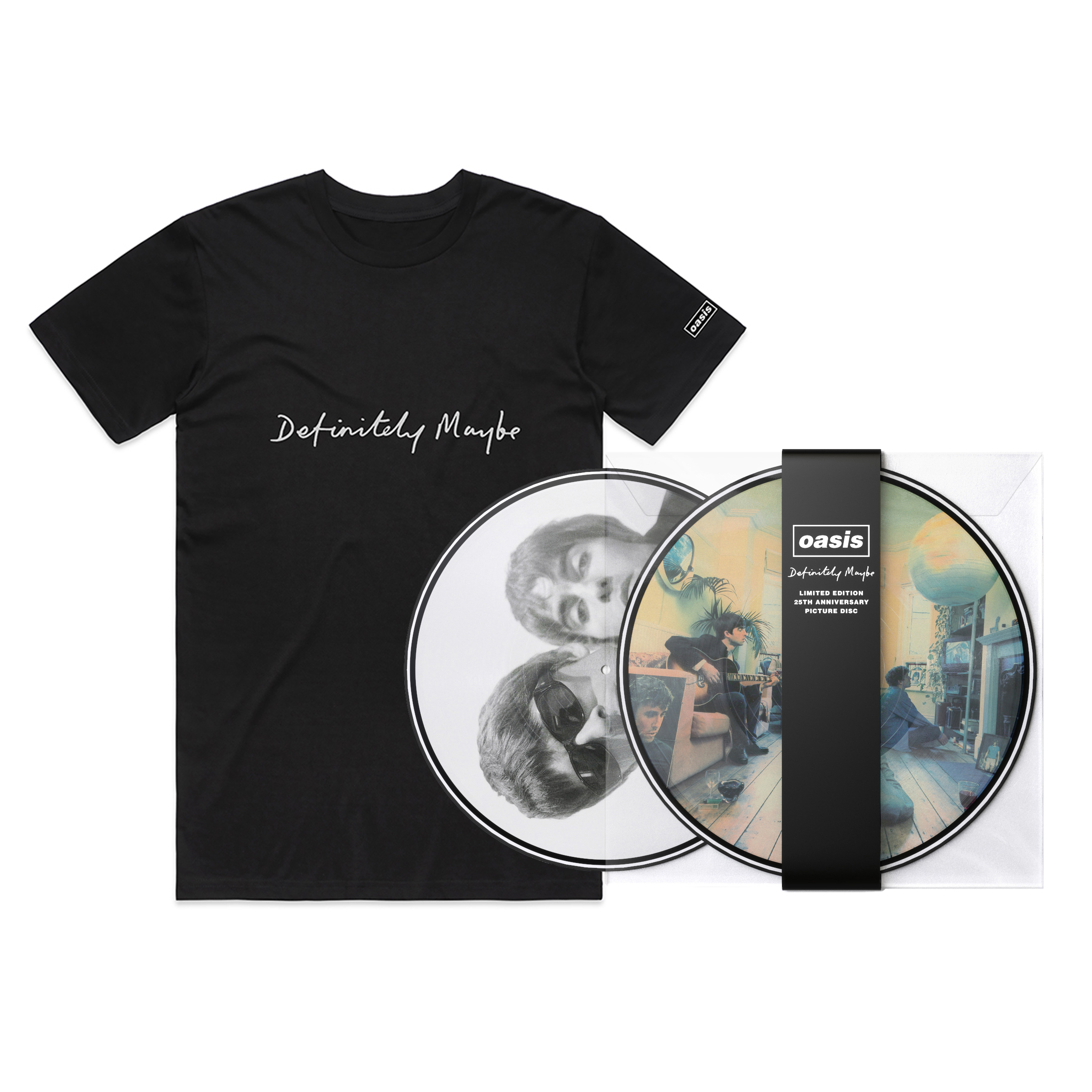 This exclusive limited edition vinyl picture disc is now available to purchase with the Definitely Maybe logo T-shirt in Black.