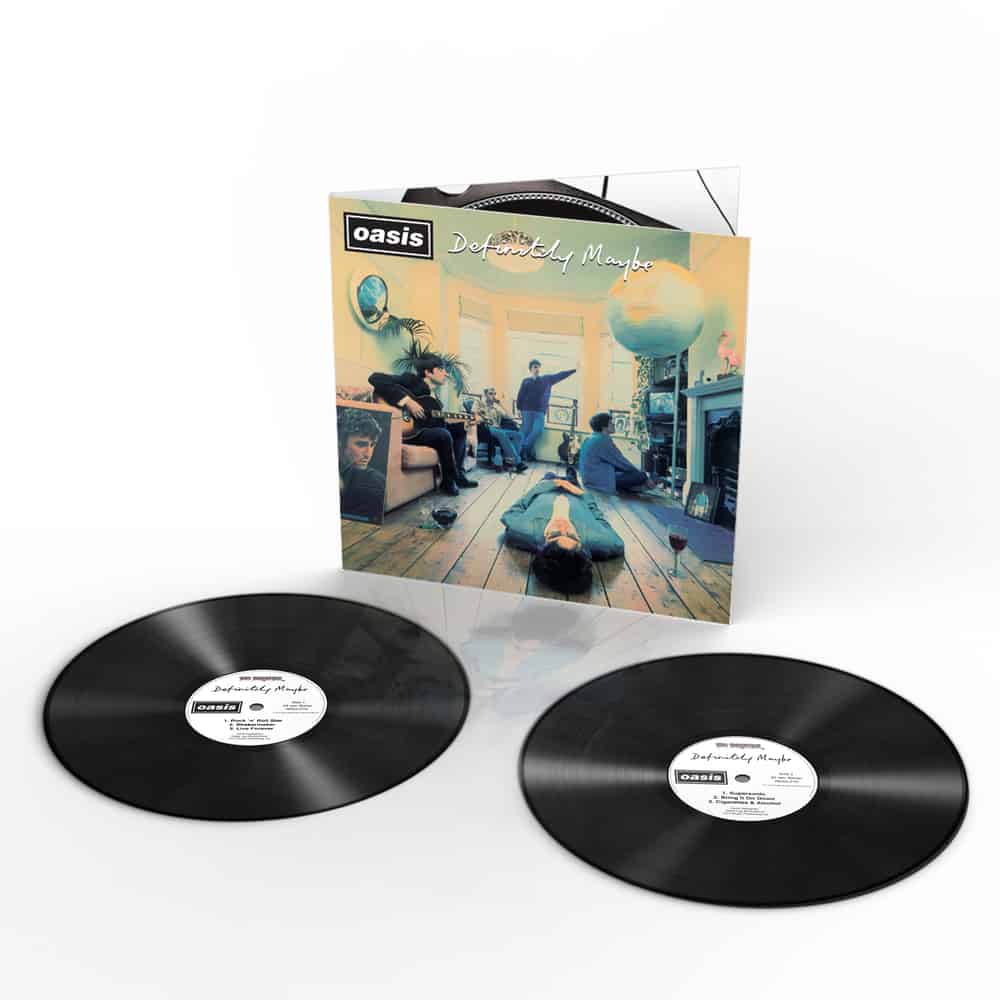 Definitely Maybe was originally released in August 1994 and was an immediate critical and commercial success. The fastest selling debut album ever (at the time), it went seven-times platinum in the UK (over 2 million copies), and sold 5 million worldwide. Containing the classic debut single Supersonic, released April 1994, and subsequent singles Shakermaker, Live Forever, and Cigarettes & Alcohol. The album was remastered in 2014 by Ian Cooper at Metropolis Mastering, London.

The LP is manufactured on heavyweight vinyl and contains a high quality MP3 (320kbps) download code including ALL the bonus content featured on the Special Edition CD (volumes 1, 2 and 3).

1. Supersonic
2. Bring It On Down
3. Cigarettes & Alcohol