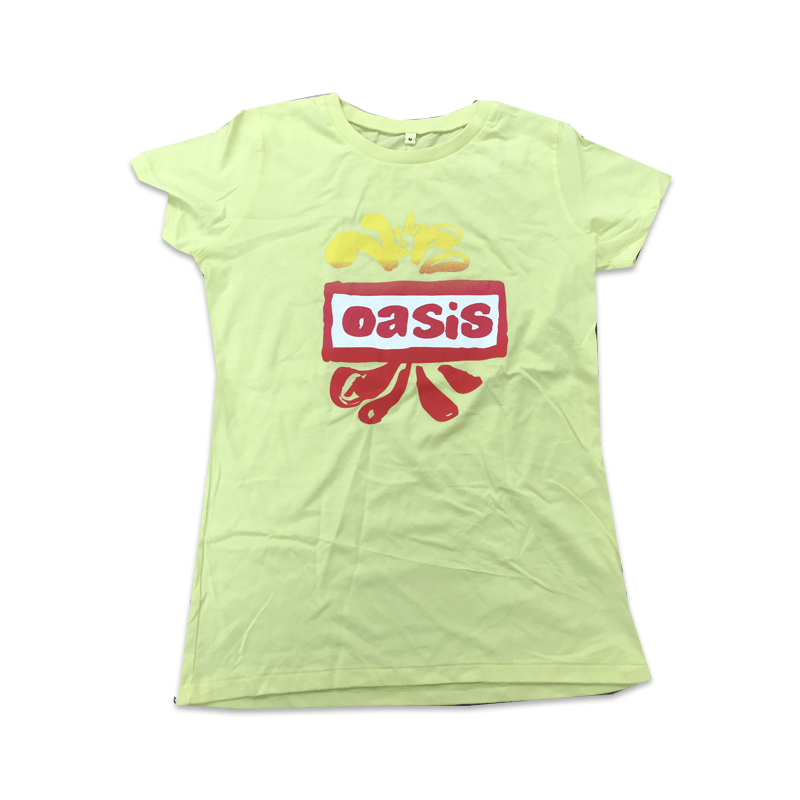 $2.99
Yellow T-shirt featuring the 'Dig Out Your Soul' Oasis logo in red and gold on the front and the 2009 Winter tour dates printed on the back.